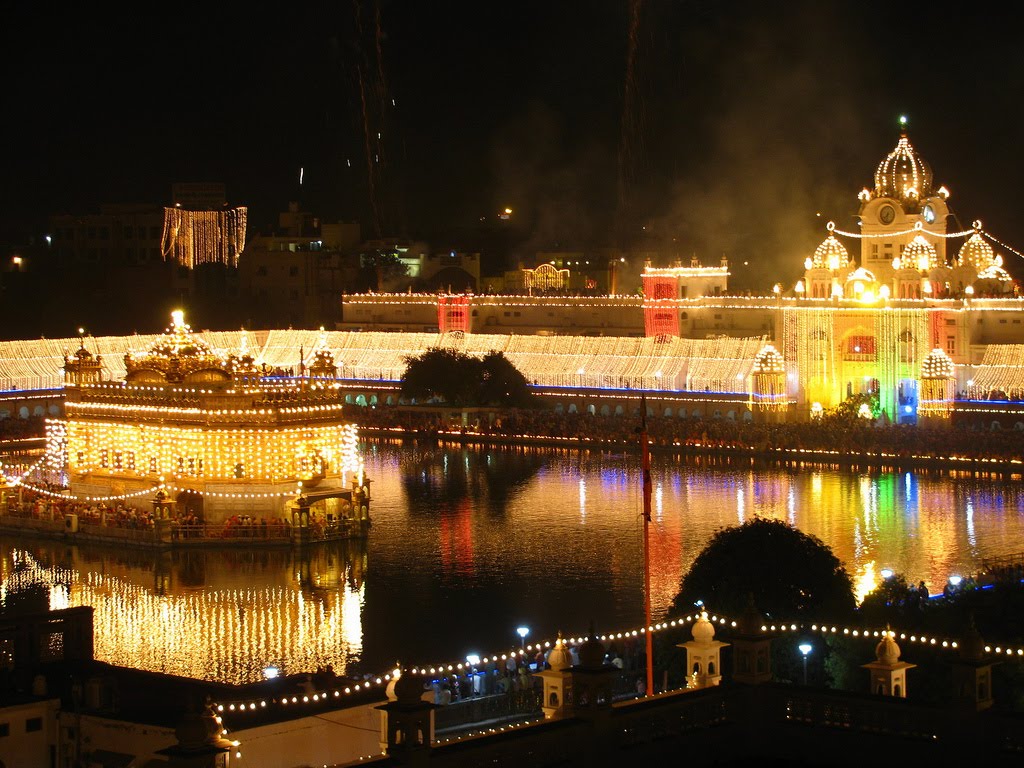 Diwali is one of the biggest festival of Hindus, celebrated with great enthusiasm and happiness in India. The festival is celebrated for five continuous days, where the third days is celebrated as the main Diwali festival or ‘Festival of lights’. Celebrated to commemorate the victory of good over evil, Diwali is the most popular festival in India. The tradition of lighting oil lamps outside homes can be traced back to the time when all Ayodhya households light similar lamps to help their beloved but exiled prince, Rama, find his way back home after having defeated Ravana. Indians love colors and its perfectly reflected in various ways. Rangoli is one such example that is a unique art work that is practiced by people all across India. Basically Rangoli is an art work that is done floors.
Here’s a list of places that one should visit to catch the celebrations during Diwali in India. 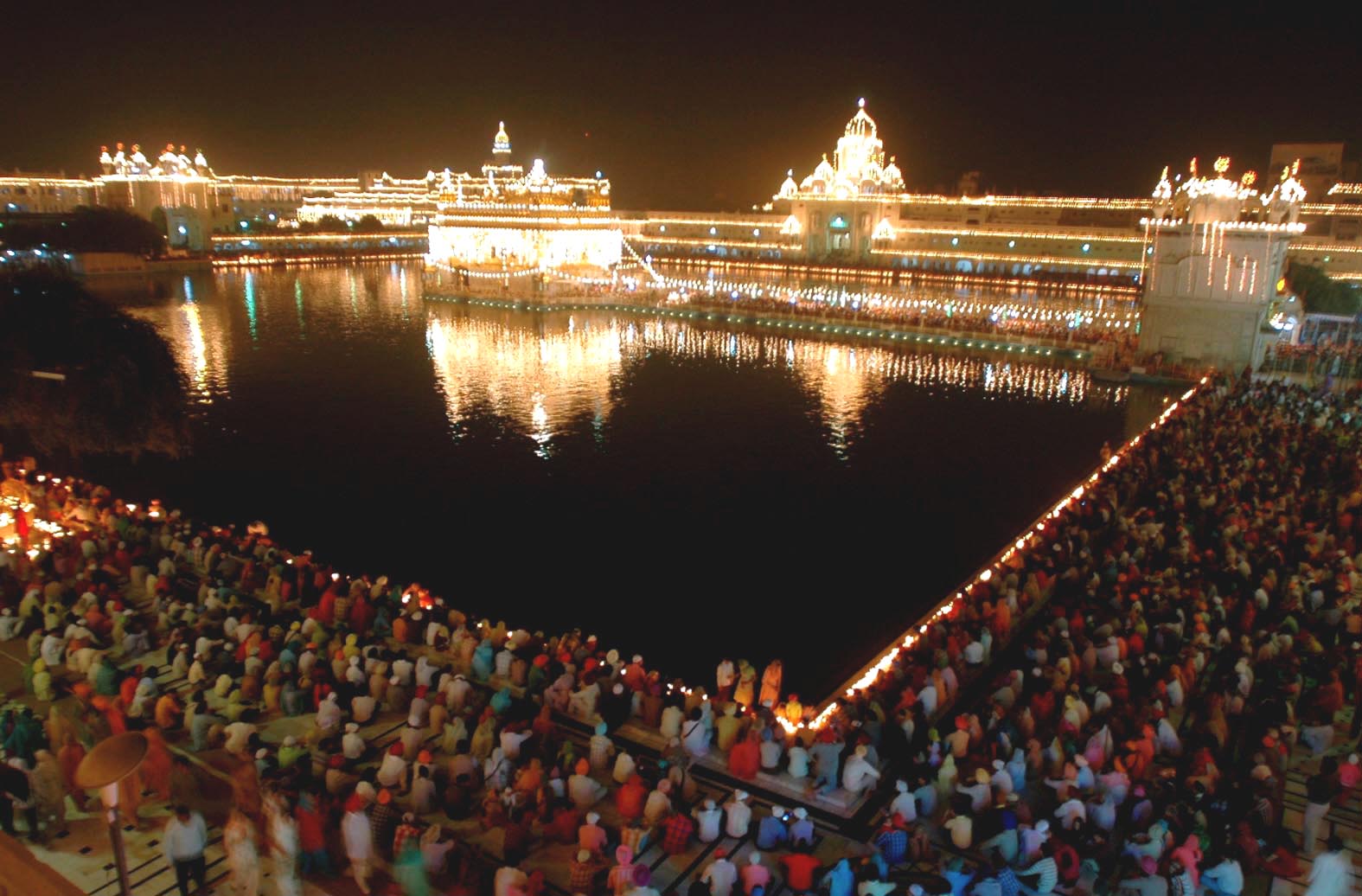 Golden temple is tasefully decorated with colorful lights. There is no holding back with the celebrations of Diwali at the Golden Temple in Amritsar. The festival of lights lives true to its name at the Golden Temple as tens of thousands of devotees gather in and around the temple complex for one of India’s largest celebrations. The entire complex is draped in lights and it is quite a sight to behold when the lights came on. While Diwali is a Hindu festival, Sikhs celebrate it since the day marks the return of Guru Hargobind Sahib from Mughal captivity. The festival is also celebrated for the foundation stone of the Golden Temple was laid on Diwali in 1577. Besides the spectacular fireworks display, also expect to see thousands of lamps lined along the edge of the lake that make the Golden Temple shine brighter than ever. 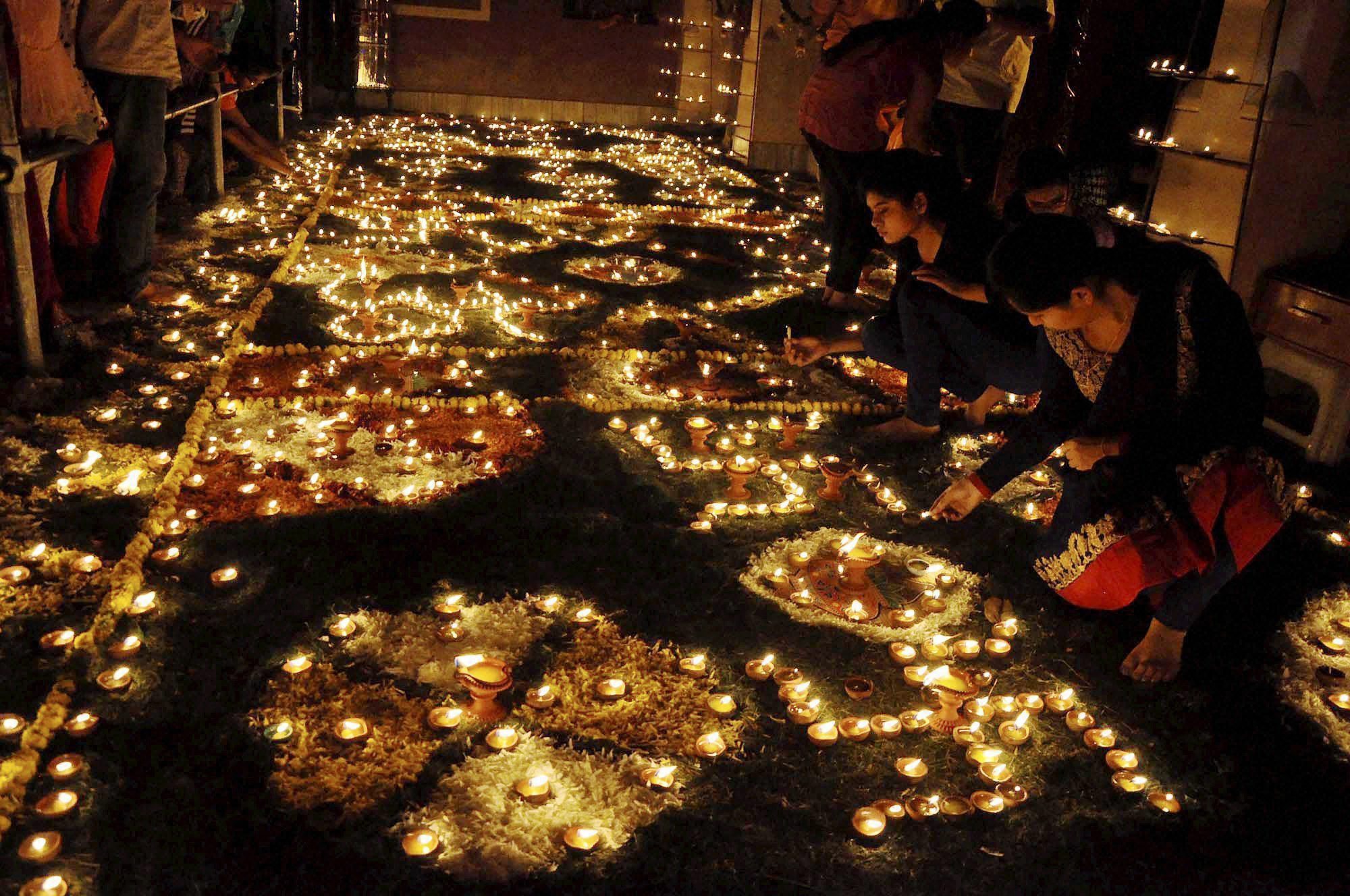 The much celebrated Kali Pooja of West Bengal coincides with the Diwali Festival. The only apparent difference one can see is that while rest of India worships Goddess Lakshmi on this day, in West Bengal Goddess Kali is the chief deity for the occasion. According to Hindu mythology Goddess Kali is the first of the ten incarnations of Goddess Durga. Depicted with a fierce face and terrifying look Goddess Kali is regarded as the more aggressive form of Goddess Durga. The image of Kali usually shows her foot on Lord Shiva’s chest, a severed head in one hand, her sword in the other and wearing a garland of skulls. Kali is worshiped as the Mother Goddess who is known to destroy all evil and is a fierce fighter for the cause of justice. Popular guises and names for Goddess Kali include Shyama, Adya Ma, Tara Ma, Dakshina Kalika, Chamundi, Shyama Kali and Bhadra Kali who is gentle. 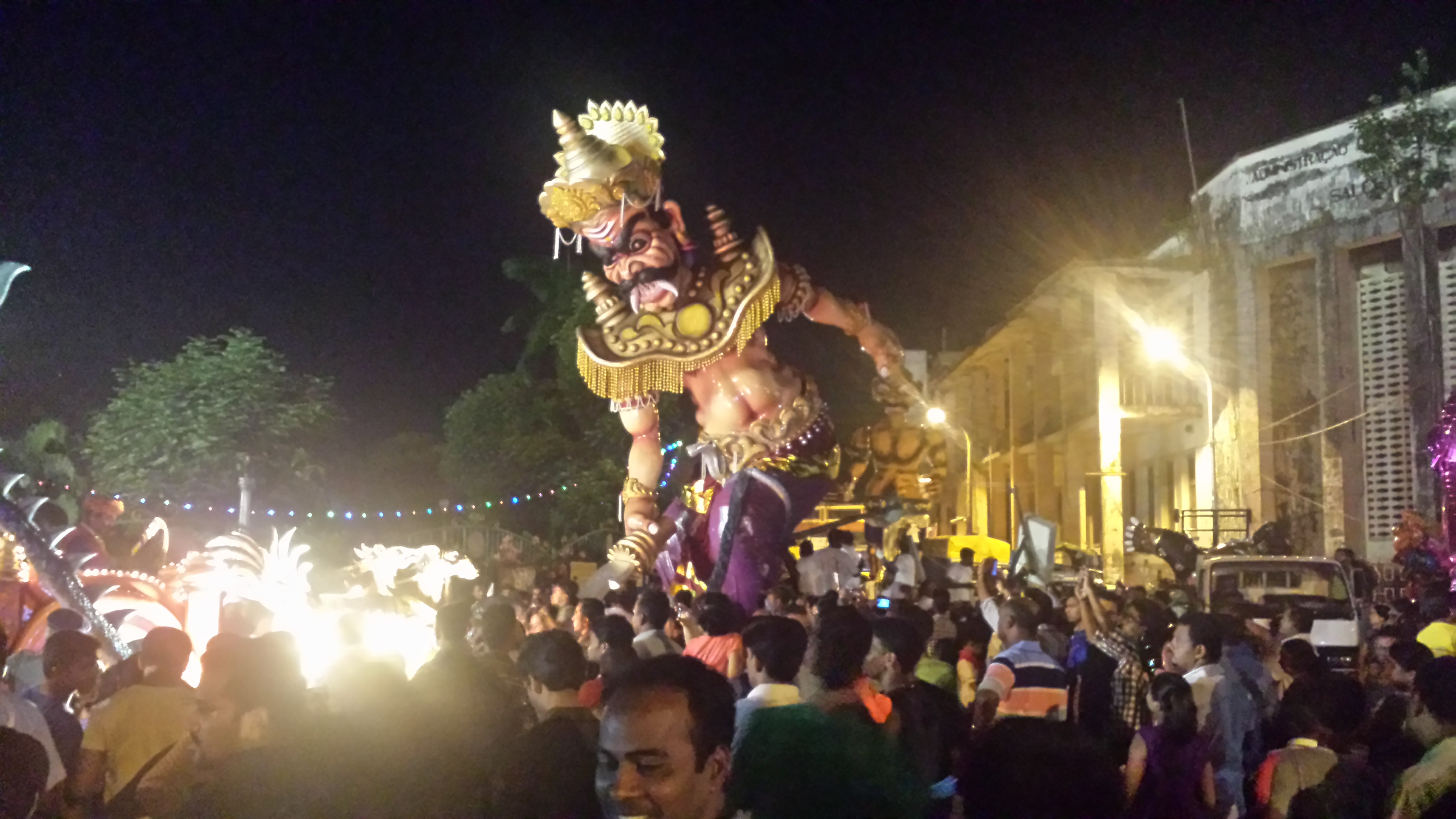 Diwali which is the festival of lights, is a one-day festival in Goa. Bhaubija and the New year day are also celebrated as part of Diwali festival. In Goa, huge effigies of Narkasura the demon, are made and burnt at dawn. The night of Diwali is also be jeweled with millions of flickering candles and an explosion of fire works and fire crackers, so it is known as the Festival of Lights. The lamps signify enlightenment or upliftment of the mind and edification of the spirit. Goa may be better known for its wild parties but India’s most famous beach state is also deeply rooted in tradition. 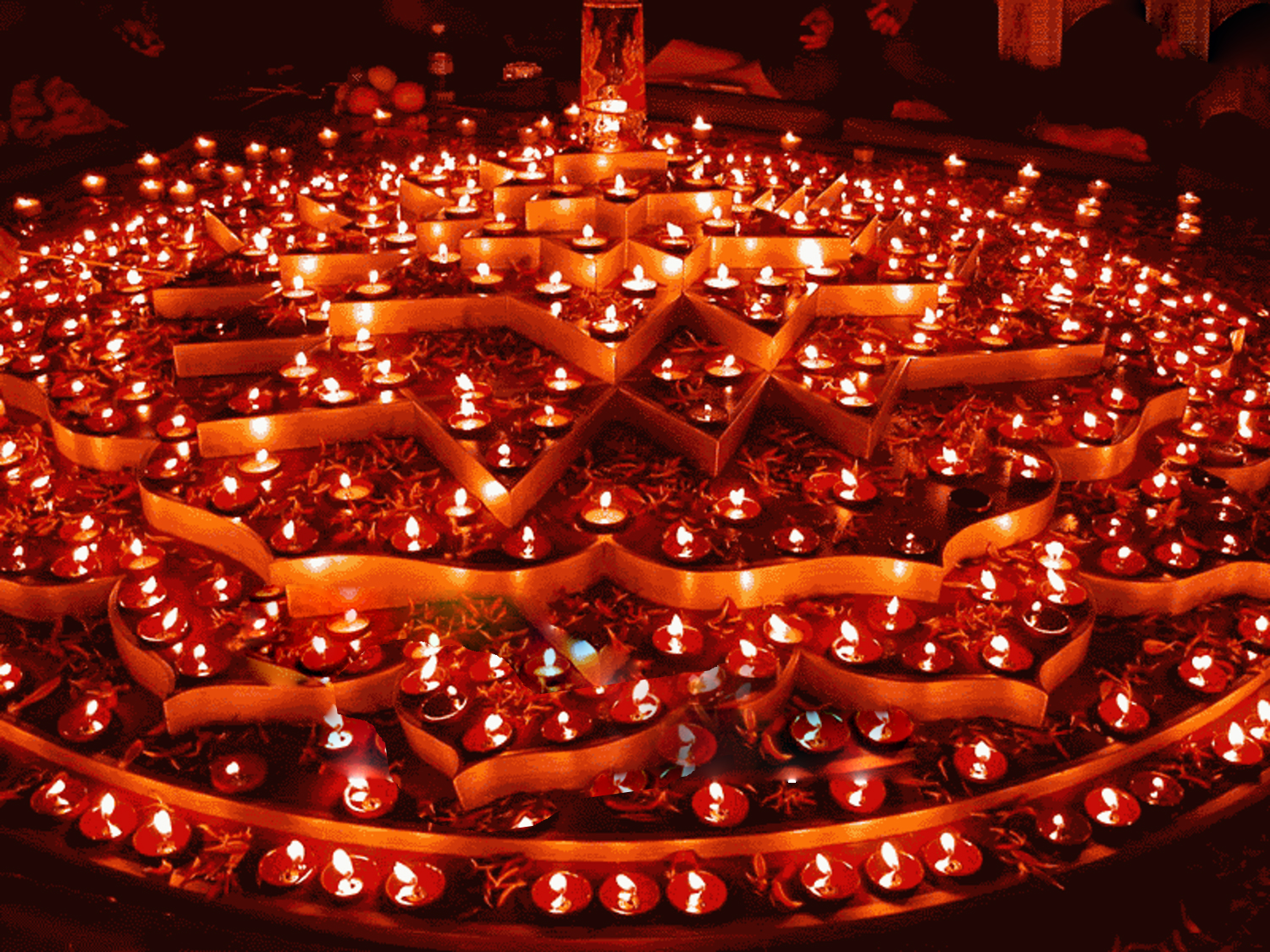 In Gujarat, Diwali is celebrated for five days. Every home – lowly or mightly – the hut of the poor or the mansion of the rich – is a lit with the orange glow of twinkling diyas-small earthen lamps – to welcome Lakshmi, Goddess of wealth and prosperity. Floral decorations, fireworks and rangoli add grandeur to this festival which heralds joy, mirth and happiness in the ensuring year. 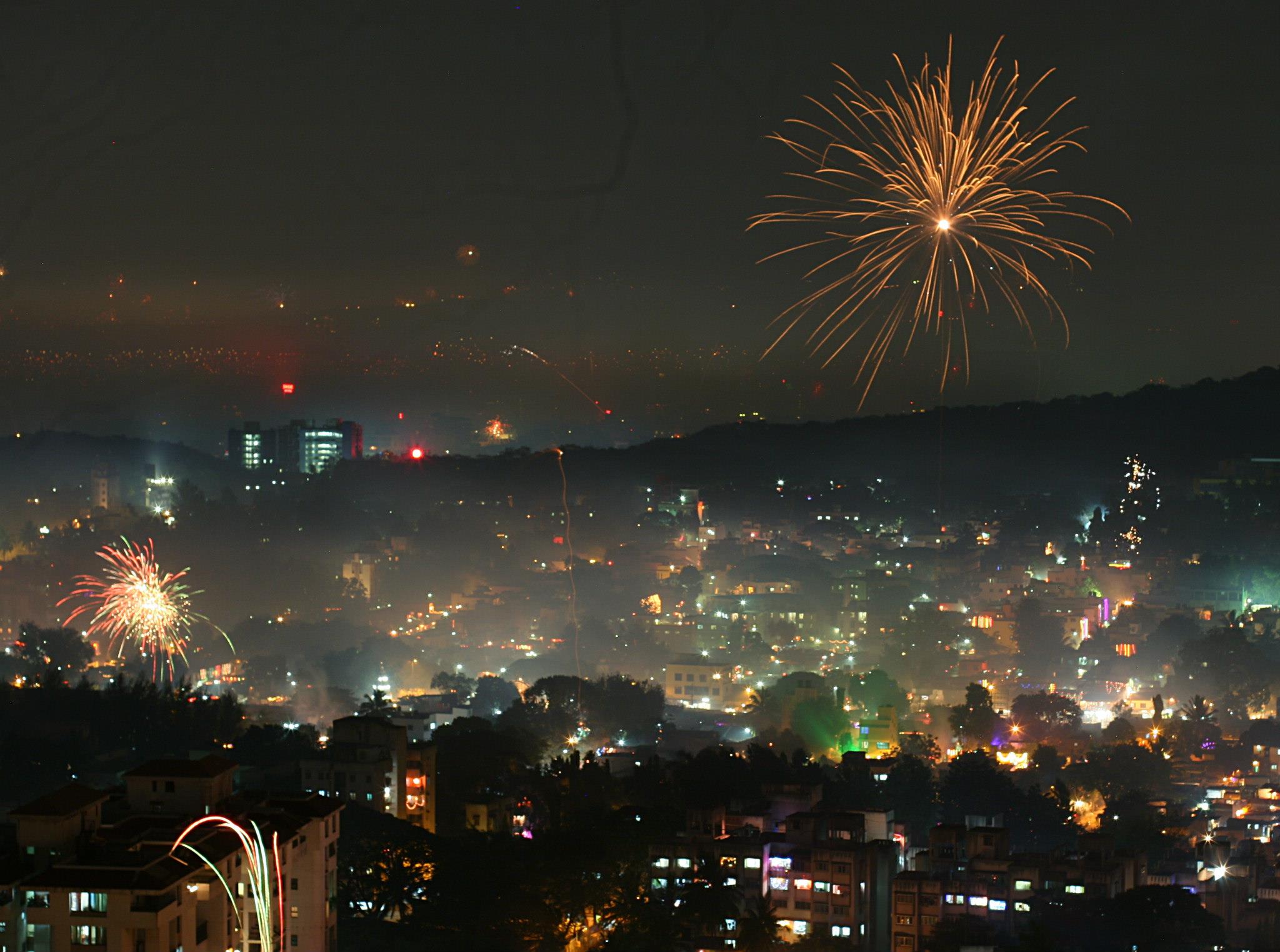 Diwali in the Tamil Nadu is celebrated in the month of aipasi (thula month) ‘naraka chaturdasi’ thithi, preceding amavasai. The preparations for the Diwali Festival begin the day before, when the oven is cleaned, smeared with lime, four or five kumkum dots are applied, and then it is filled with water for the next day’s oil bath. The house is washed and decorated with kolam (rangoli) patterns with kavi (red oxide). For Diwali Festival, in the traditional pooja room, betel leaves, betel nuts, plaintain fruits, flowers, sandal paste, kumkum, gingelly oil, turmeric powder, scented powder is kept. Crackers and new dresses are placed in a plate after smearing a little kumkum or sandal paste. 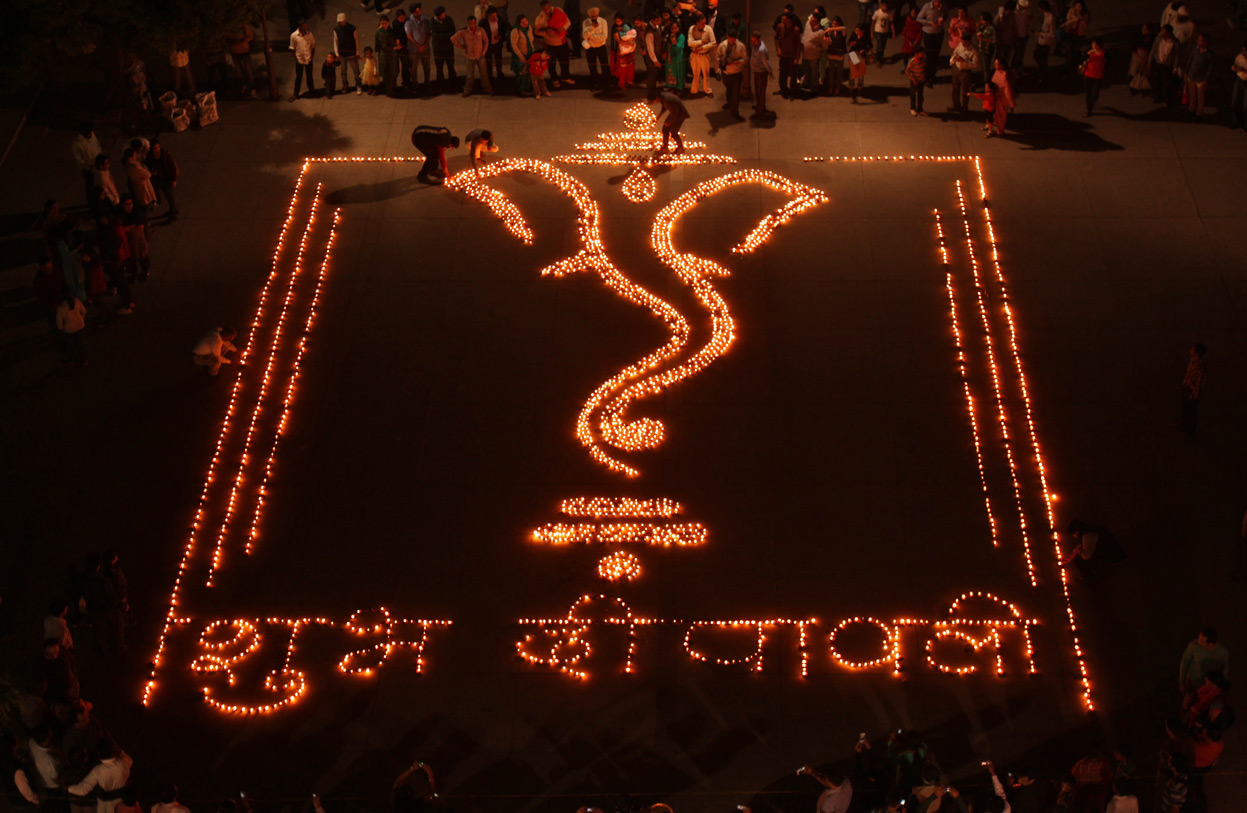 Diwali celebrations in Maharashtra aren’t very different from those in Tamil Nadu and Gujarat. Although Diwali starts with Vasu Baras when calves are worshipped, the celebrations really begin with Dhanteras, known in Maharashtra as Dhantrayodashi. On Dhanteras, precious metal, especially gold is purchased. The killing of Narkasura is celebrated on Narak Chaturdashi. Lakshmi, the goddess of wealth, is worshipped on Lakshmi Puja. Bali Pratipada is the day that celebrates holy matrimony and Bhau Beej is dedicated to the bond between a brother and his sister and sisters prepare a feast for their brothers on the day. 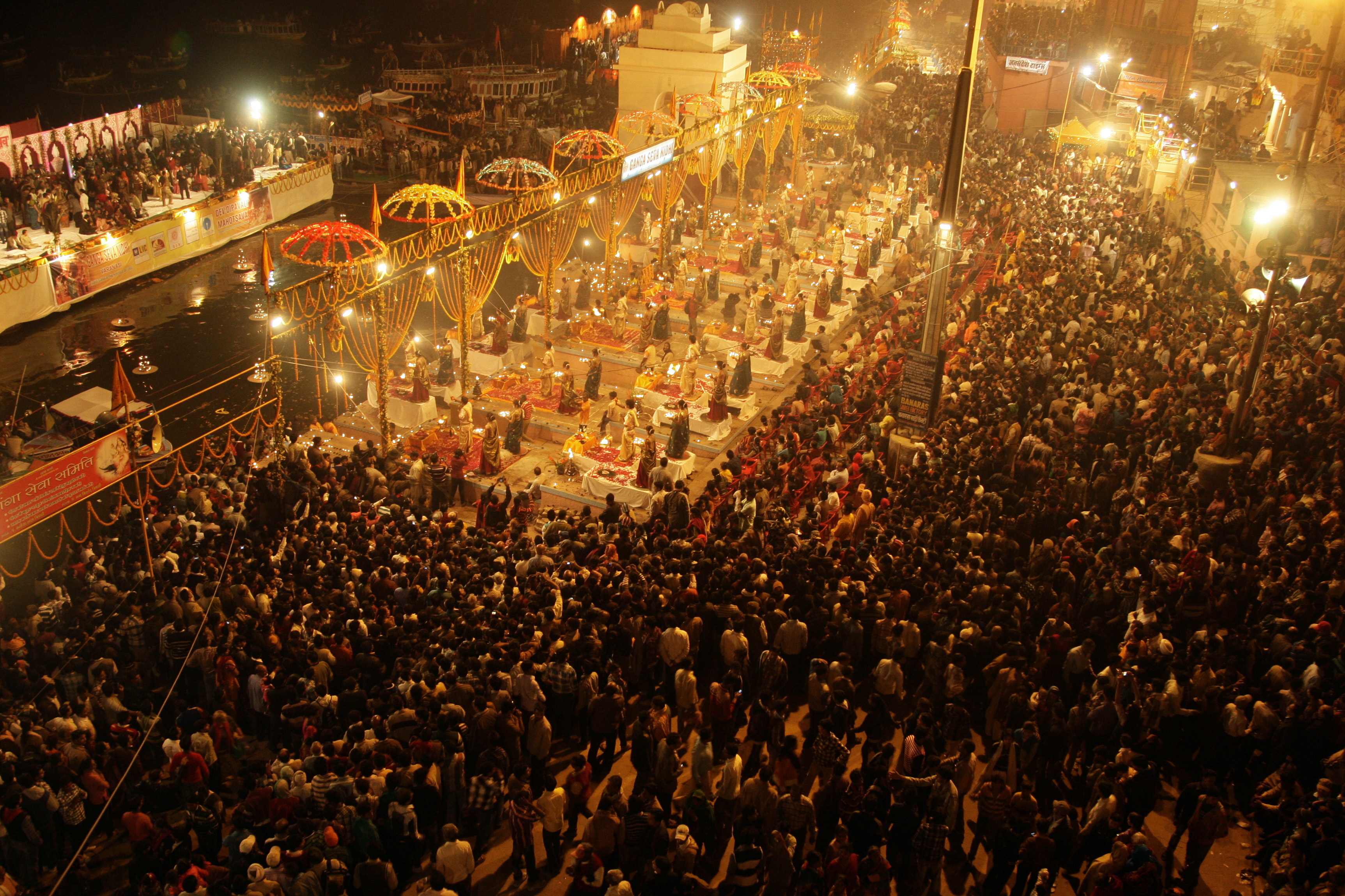 While Varanasi does celebrate Diwali with the rest of the country, the bigger celebrations take place a fortnight Diwali. Known as Dev Deepavali (or Diwali of the Gods) sees grand shows at Ravidas Ghat and Rajghat to welcome the gods who it is believed descend to earth to bathe in the Ganges. This is the day of the Tripura Purnima Snan and people take a holy dip in the Ganges. The five-day-long festival starts on the 11th day of the month (Prabodhini Ekadashi) and it ends on the 15th day (Kartik Poornima). The festivities have gained so much popularity that a festival called Ganga Mahotsav is celebrated along with Dev Deepavali in order to attract more crowds.

Create a free business user account for Culture In Punjab